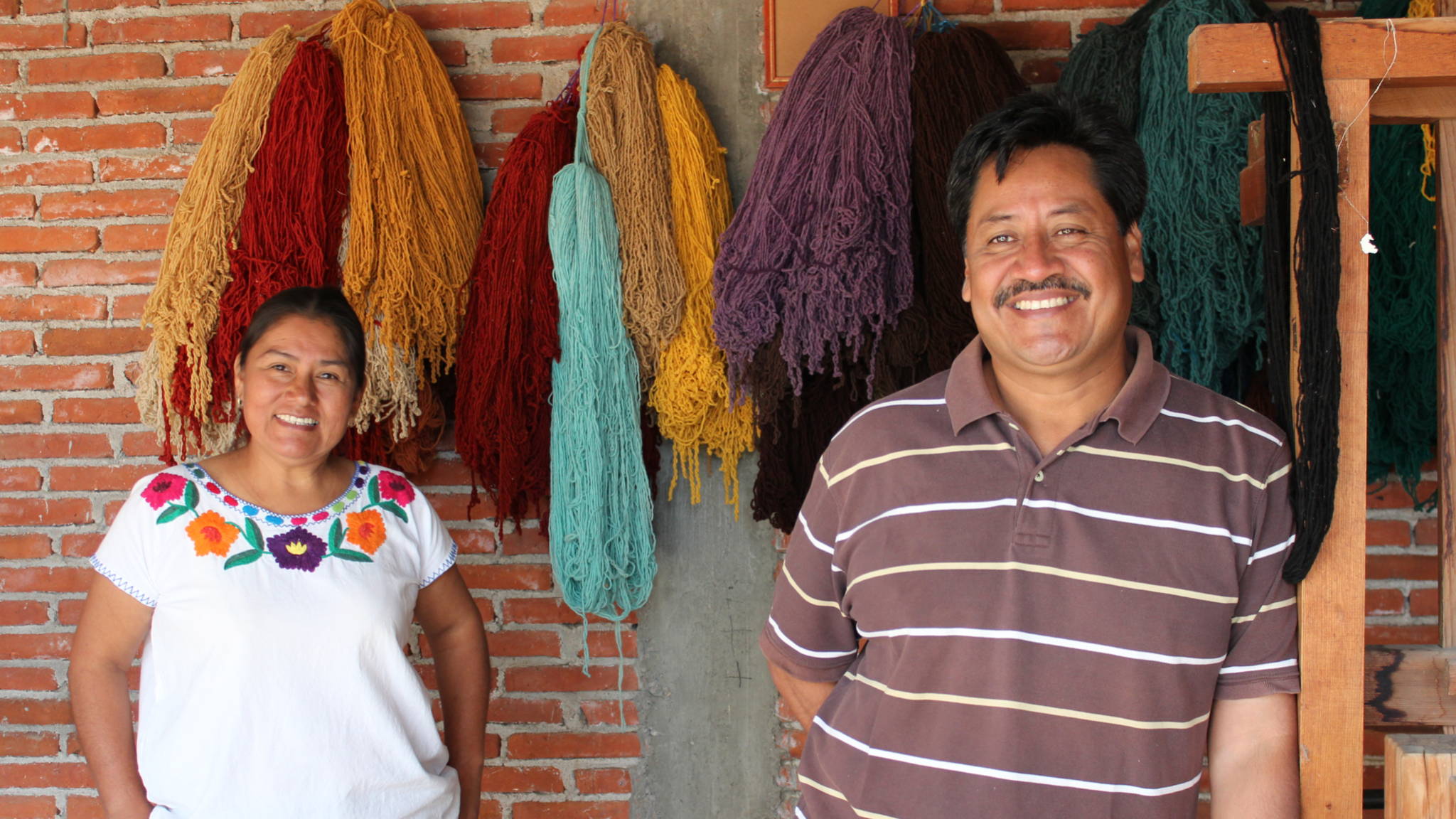 Josefina is one of MZ’s original and most prolific bag designers. She is especially well known for her elegant “Straight as an Arrow” design that is one of our most popular bags.

Josefina is from a town called Tlacochahuaya, nearby to the town of Teotitlan, where she lives now with her husband Paco and their four children. Instead of growing up weaving as many of our artisan partners did, she comes from a farming family and didn’t begin to learn the craft until after she was married.

Josefina has been married to our Production Manager Paco for over 20 years. They met when they were both taking the bus into Oaxaca city every day, he to study, and she to work as secretary. They soon fell in love.

Josefina took to weaving very quickly, including dyeing the wool and designing the patterns. She has even become an accomplished seamstress. Now, she finishes bags for other weavers with her industrial sewing machine.

“I forget the world when I begin to dye the colors,” she said. “The colors are never the same and it’s interesting every time.”